It’s a remake of Marathi-language  Film ‘Lapachhapi’. The film features Nusharratt Bharuccha in the lead role, along side Mita Vashisht, Rajesh Jais and Saurabh Goyal. 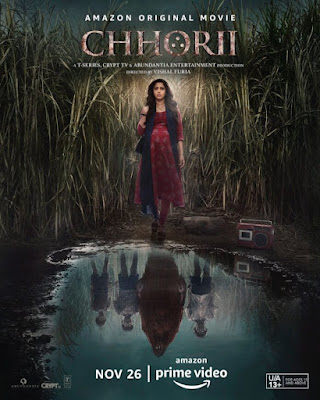 It is the haunting story about a young couple . Nushrratt is playing  the role of a eight month pregnant women Sakshi, forced out of their home,  seeks refuge  in a house hidden  inside a sugarcane  field.

In the trailer, Sakshi (Nusharratt) is trying to save the life of her unborn  child after she enters in a horror  house.

Sakshi tries to explore  the house and encounters three mysterious  kids who scare her day in and out and crosses her path with a scary ghost who seems to be behind her unborn child .

The story is little bit mysterious along with horror. Even as Sakshi tries to save herself and her unborn baby, sighting of three mysterious kids and a charred women coupled with a soul-stirring lullaby emanating from an old transistor wreaks havoc with her sanity. Will Sakshi be able to save herself? Will she be able to protect her unborn child? And most importantly, will Sakshi be able to get out of the maze like fields? Sakshi’s quest to find the answers to all these questions takes us on a journey that’s got horror, thrills and chills, all in equal proportions.

The film sets to release  on November  26. 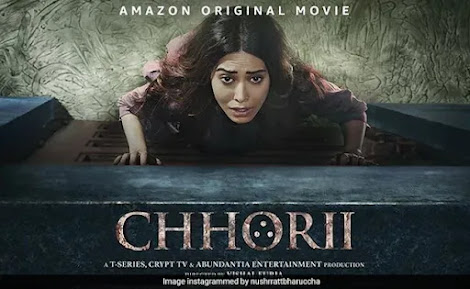 As Chorri Movie 2021, is remake of Lippachi, Marathi Movie, so it obviously better to watch Lippachi than Chorrii Movie 2021, as  Lippachi is the orignal one and also avaialable in hindi at free of cost .

Everything in Chorri Movie 2021 has copied from its orignal version Lippachi .