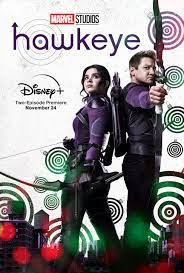 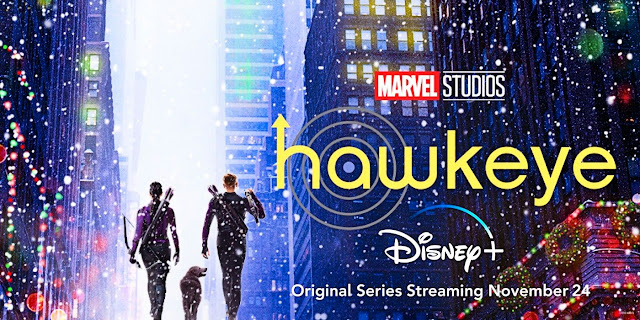 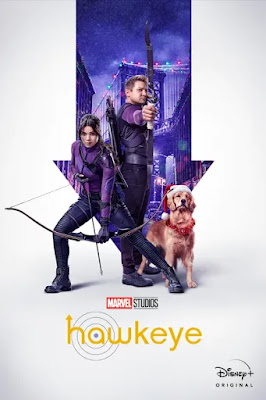 The miniweb is based on the former’s Avenger Clint Barton’s Simple Mission ,which is to get back to his family for christmas. He takes help of Kate Bishop ,a 22-year old archer with the dreams of becoming a superhero.The two are forced to work together when a presence from Barton’s past threatens to derail far more than the festive spirit.
Review of ep1&2 of Hawkeye
Hawekye web series is nice one.Hawkeye is the self made super hero in the series ,but another character, Kate Bishop is build up as super hero in this series for future.In starting her character is build up by showing her childhood story .In the first episode Avenger movie (2012) , refrence has also used , where all thing was destroying in the first  war of averengers and little Kate bishop saw Clint Barton , saving people from that destruction and from that point she makes him his hero and wanted to become archer like him .
Hawkeye series episodes are 45-50 minutes which are enough to make you bore in mid. But there are some good comedy punches and fight secens. In mid there are some talks about Thanos and avrengers in hawkeye, so you must have the knowlede about avrengers during hawkeye.
This sreies is based on Marvel’s hawkeye comic , according to which villian will be king -b . Besides  that  there will be seen mentor and student relation between Clinton and Kate.
Watch top Hollywood/English Web series;
ullu web series download
new web series download
filmywap web series