In last two years of covid OTT has played a entertaining role in the world. Its hype has also increased in these years, specially by some of the fabulous web series like- Family Man, Mirzapur and many other. 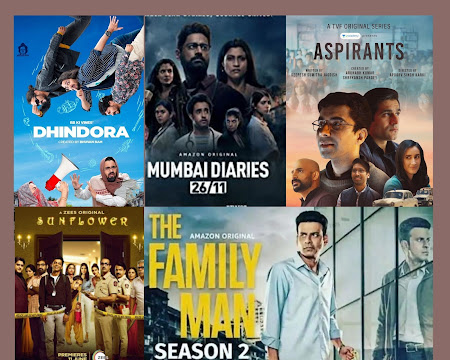 Web series are long storytellers in the form of many episodes and nowadays, people are taking more interest in them compare to movies. Also many filmy actors are making there debut in web series.

Let’s have a look to some of the top rated web series by IMDb, which won the hearts of many audiences. 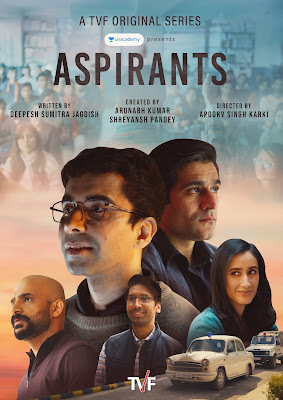 It’s not surprising that TVF’s Aspirants has topped the table chart of Top web series 2021. Aspirants web series was based on the UPSC aspirants journey, their real life struggle to crack the UPSC examination.

From its first episode makers were successful in keeping the audience stuck over the screen by its plot. The main characters of the series are are Abhilash, Dhoomketu, and Guri, who have the dream to crack the UPSC exam. The story moves on with their struggles.It has ranked on top of the chart with the 9.7 IMBd rating. 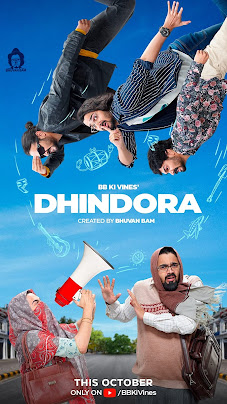 Bhuvan Bam’s Dhindora has released  recently but the gaga of the show has rising like none other. Fans of BB is loving the multi-characters of him in the series.

It’s a family drama in which Youtube star Bhuvan is playing the lead role. These characters are also popular in Youtube and gain popularity, as he comes up with new and unique ideas. where he plays all the characters by himself.

With Bhuvan’s good acting skillls and mutitasking role Dhindhora has reached on second spot with 9.7 ratings, of IMDb ranking.

The third spot has acquired by Manoj Vajpayee’s spy action thriller drama,The Family Man season 2 He played the lead role in the series of  Srinkant Tiwari who works a National Investigation Agency. While he tries to protect the nation from terrorist, he also has to protect his family from the impact of his job.

The season 2 of the series had broke the records of its first season.

The series has also won 5 awards in the Filmfare OTT with 11 nominations. It got an 8.8 IMDb rating.

The Last Hour has secured fourth spot in with 7.8 IMDb rating.

Sanjay Kapoor starrer “The Last Hour” is the first-ever supenatural crime thriller in India. The writers of the series bring more drama to the series and keep raising the stakes for the character. The series revels  the dark side of Shamanism. The concept of the Shaman traveling to the space between the living and dead is brilliantly explored. 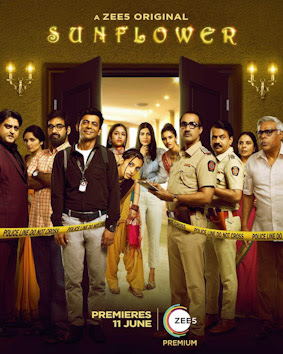 Sunflower is the black comedy series in which Actor-Comedian Sunil Grover has played the main role in the series.The story revolves around a murder mystery based in a middle-class housing society of Mumbai called “Sunflower”. The murder mystery presented with humor is unique in some aspects.

Candy web series has secured sixth spot on IMDb ranking of top 10 web series of 2021 chart. It is a crime thriller drama based on the mysterious disappearance of a school student, bullying, brutal murder, and sexual assault.

Richa Chadda has played the role of a cop in this web series, and has impressed audience with her acting skills. Rohit has also done an amazing role in the series. The story is filled with lots of twists and turns that will keep people hooked on the screen.

Ray is a Psychological thriller that will keep people stuck to their seats. With an IMDb rating of 7.2/10, this series will surely give you a dose of entertainment.

It is  a poetic tribute to the legendary Indian filmmaker Satyajit Ray. With an amazing and very talented star cast like Ali Fazal, Manoj Bajpayee, Gaj Rao, and many more, this thriller drama is a must watch for everyone.

With the IMDb rating of 8.5, Grahan has got the 8th spot on the list. It is an emotional drama of 8 episodes that will leave you with a bag of love, hate, and betrayal.  It has given a strong message that violence never does any good.

November Story is the most remarkable crime thriller drama in Tamil. The plot of the series is based on a writer suffering with Alzheimer’s finds himself at a crime scene with no memory of the events. When he is taken into custody, his daughter sets out to prove his innocence.Actress Tamana played the leading role in the series.

All the actors has put their all in the series which make it a must watch web series. 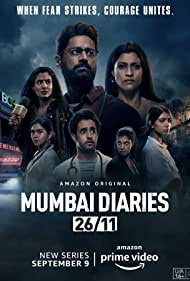 With IMBd ranking 7.9 Mumbai Diaries 26/11 has reached on 10th spot of top web series 2021 chart. The crime action thriller is based on the most famous cowardly attack done by some Pakistan-based terrorists in Mumbai on 26 November 2008,which shook entire country.

Although many movies have been made about that attack, this series is unique because it also highlights the difficulties faced by medical personnel, which make it worth watching. The series is directed by Nikhil Advani. Actor Mohit Raina has played the role of Dr. Kaushik Oberoi.