The WhistleBlower 9 episodes web series of sony liv highlights the Vyapam Scam. It was a mass scale scam of admission for medical colleges and government jobs. It was overseen by the Madhya Pradesh Professional Examination Board, or the Vyavsayik Pariksha Mandal (Vyapam). 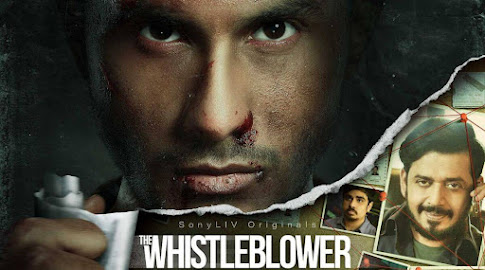 WhistleBlower is based on that  Madhya Pradesh’s scam, the fictional examination board is Rashtriya Pariksha Mandal. Under the Vyapam Scam, many undeserving candidates got admission and seats and became doctor. Between 2013-15 Vayapam scam came to light and a chunk of mafia got arrested. Those who get tried to unrevile the scam or mafia were died under mysterious circumstances.

Story of The WhistleBlower web series revolves around the same plot.

The WhistleBlower Truth Behind The Lies is written and directed by Manoj Pillai. The series is produced by Studio NEXT . 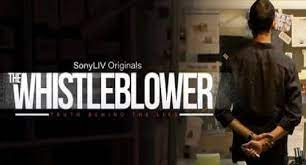 Story of The WhistleBlower Web Series

In today’s world as education is improving or modernising, it has became a sort of business for many. Due to which despite of having all the desired qualifications and knowledge students are not getting admission and jobs and it has became a matter of acess only for resourceful persons.

WhistleBlower Web Series plot revolves around the same PMT Scam 2013, one of the serial education scam in India.

In the web series, Sanket(Ritwik Bhowmik), plays the role of a intern at a government hospital, he sees how undesired, rich medical students are getting admission and seats. But he joins the hands with mafias instead of  raising voice, by seeing a future benifit for himself. But the things not went as smooth as he thinks for him. He lost his father and girlfriend in all that scam and therefore decides to be a Whistleblower against that scam, unknowing that how risky it will go on for him.