If you are looking for the best Indian thriller series but spent most of your time in finding the right content then this article will be handy for you. 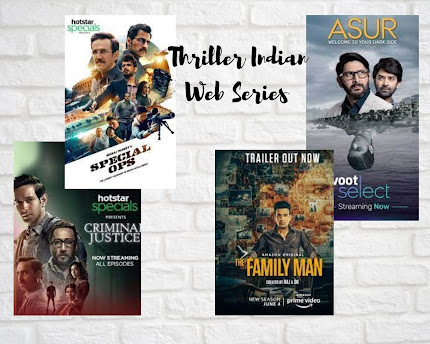 Thriller is one of the most prominent genres. Thriller web series gives feelings of excitement, suspense, anxiety and surprise. Whether its a spy thriller, action-adventure thriller, crime thriller, romantic thriller, legal thriller etc, that feeling of watching something thriller is out of the mind.

Here’s the list of some of the famous Thriller Indian Web Series; 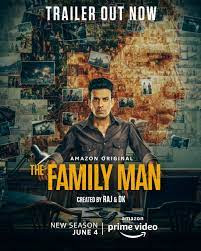 The Family Man is one of the most famous Indian web series 2019. Manoj Bajpai is playing the lead role in the series of Srikant Tiwari, who is spy. But he have to hide his profession even from his family and hence plays the role of both a spy and a family man. He tries to manage family responsibilities and his spy duty or duty towards nation simultaneously.

This series has lots of twist and turns which is enough to excite you. Srikant was not able to give enough time to his family due to which he resigns from his TASC job. But in second season of  The Family Man 2021 he was asked to again join TASC for a an important mission. The thrills and twists and turns of second season also hooked viewers to the screen.

2. ASUR: Welcome to your dark 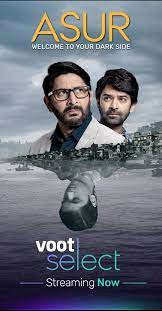 Asur is an another exceptional crime thriller series, streaming on voot select. Asur is a conflation of mythology, mystery and crime. The series stars Arshad Warsi, Barun Sobti, Sharib Hashmi and Amey Wagh. The series is based on the plot of a modern day serial killer having religious ties.

The serial killer idiolgies are deeply rooted with Indian mythologies,is challenging a team of brilliant forensic experts to solve the mystery behind a number of heinous murders. Arshad Warsi is playing the one of the lead role in series of a CBI officer.

Special OPS is an action thriller 2019 web series. Special OPS has lead character Himmat Singh (K. K. Menon), a RAW agent believes in the existence of the sixth terrorist at the time of the Parliament Attack 2001. Therefore, he wants to find out where the person is at present time. 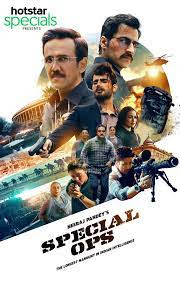 He also sent a secret task force in search of sixth terrorist. Every episode will drive you with full of suspense and twist. Special OPS is an electrifying web series with high voltage action and thrills, hence it is placed on best Indian thriller web series chart.

Sacred Games is a thriller series based on the novel by Vikram Chandra (2006). The plot of the series is about some dangerous event aspected to take place in Mumbai. Saif Ali Khan is playing the role of cop in the series. In the series a gangster named, Ganesh Gaitonde commits suicide, he tells about some dangerous happening in Mumbai. This suicide case handles by Satraj Singh ( Saif Ali Khan). Even after getting suspended, he investigates the case with RAW agent Anjali and decides to save Mumbai.

Series will encounter you with dirty politics, twist and turns with every point. 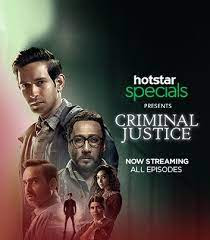 The first season is about a kind-hearted boy, Aditya trapped in a murder case. Aditya’s role is played by Vikrant Messy. Along with pursuing MBA Aditya also sometimes drives his family’s Taxi.

One day a passenger Sanaya in his cab attracts him and after hangover, the next day Aditya wakes up found her dead. Pankaj Tripathi plays the role of a corrupt lawyer Madhav Mishra who become Aditya lawyer.

The story is about the crimnal’s justice, a guy experince to case’s trial and jail. Is Aditya really culprit or a innocent? Criminal Justice is really a captivating series. 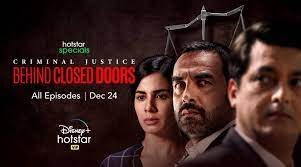 It’s second season Criminal Justice: Behind The Closed Doors, is about a lady named, Anuradha Chandra (Kirti Kulhari) who murders her lawyer husband Bikram Chandra. She got arrested as her daughter is an eye-witness of the murder.

Though it seems like a simple shut case but lawyer Madhav Mishra (Pankaj Tripathi) tries to unveil the truth.

Criminal Justice: Behind The Closed Doors is too a challenging series with lots of amusement.