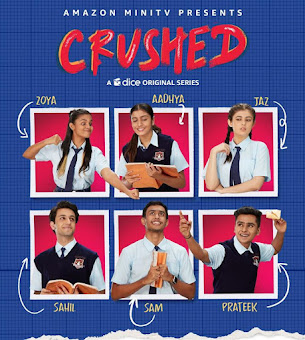 The first three episodes of this series are out and rest will release on every Wednesday on Amazon Mini TV. Series will have its final episode on 2nd February.
Storyline
Crushed series is based on complicated yet engaging High School romance of two sidekickers. Samvidhan, aka, Sam and Aadhya are two sidekickers of Lucknow Central Convet, who lives under the shadow of their best friends. But under the unusual cirumstances they came to know about each other and begins a note of friendship beyween them. For the first time they feel what they are. But will falling in love be as easy for them, and for how long can two sidekicks remain heroes of their own love story, and will the insecurities, unexpected circumstances get the better of them?
Review
First three episodes of Crushed series are out on Amazon Mini TV and this review is based on them.
Crushed series narrates the unique tale as it tells the story of two sidekickers of High School and it tells about their state of mind and other difficult circumstances for which they have to follow the popular faces of the campus and leave under their shadow just for the sake to get their faces known in the school campus.
The trailer sets the expectation high so did with its opening scene and dialouge. Series narrates the regular tales of the high school love story and drama and with certain good factors it became a decent watch. Actors have acted well and natural at their parts. Cinematography is also nice but nothing above the ordinary. 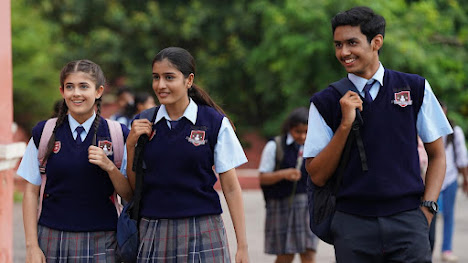 Story is about high school students, Samvidhan, aka Sam and his naughty and trouble maker friend Prateek. Sam likes Jaz, aka Jasmine, and Prateek tries his all to fix him up with Jaz. But Sam fall close to her best friend Aadhya. Aadhya falls in love with Sam and thinks that Sam feels the same for him and she wrote notes for him in school library, unaware of that who replies to her letters story of the series moves on with High School drama, love, complications, fight, arguments and much more.

As the Season 1 of  Series Crushed has only 3 episodes with half an hour each, it could be a decent snackable watch. It revive your old High School memories and let you engage with the High School drama and also with a question who replies to Aadhya’s letters, viewers can also go with its second season.