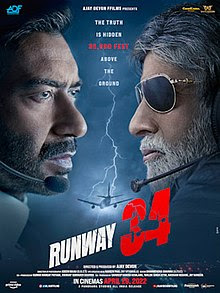 The film is inspired by the true event, an aircraft have to land on Cochin International Airport but due to bad weather and unclear visibility it had to move round in the sky for a few moments and after that due to less amount of fuel pilot had to land in that difficult circumstances without having the visibility of runway.

Did he done it safely or someone got injured in it? For this you have to watch Runway 34. 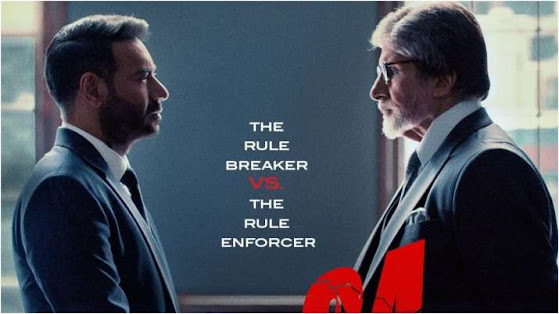 Initially it was decided that movie name will be “Mayday”, as it’s a kind of danger signal given by pilot through the radio signlal if some problem arises in the flight. But later it was changed to Runway 34 .

In this movie Carryminati aka Ajay Nagar will be also seen playing the role of the same he is in his real life, youtube artist. It is revealed by himself on his instagram account. But in the trailer, he has not shown a single bit.

Trailer VFX are looking good  and hope they too in movie. Nice thing is that story has not revealed in trailer about the film. Runway 34 is directed by Ajay Devgan and including him there are many other great actors like Amitabh Bachchan, Buman Irani, others. Amitabh Bchchan is playing the role of a government investigation officer and there’s a court room drama shown. Ajay Devgan is playing the role of an arrogant pilot role.

Now, it will be interesting to watch that Ajay Devgan’s direction “Runway 34″ will be a Blockbuster or a Lackluster” ?